The Retirement Center is physically closed through June 30, 2021. Email messages to ucbrc@berkeley.edu and phone messages to 510-642-5461 are checked regularly.

Scroll down the page to see the upcoming Learning in Retirement (LIR) course offerings. When you find a class you would like to attend, click on the Events Calendar button, find the session on the calendar, and click on it to start the registration process.

We look forward to seeing you at an LIR soon!

Can We Stop the Race to Extinctions?

The tortoise is on a new race for its life
Tim Gregory, Research Associate, UC Botanical Gardens at Berkeley
Tuesday, October 20, 2020, 2 pm via Zoom
Registration Online

Turtles and tortoises are neck-and-neck with primates as the most endangered vertebrate group. Approximately 2/3 of turtle species are threatened with extinction. The presentation will introduce you to these charming creatures and the threats to their continued existence. Then it will describe the Turtle Survival Alliance (TSA) an organization that functions globally, directly, in partnership with other conservation organizations, and always in close collaboration with local researchers and communities. The result has been protection, performance of critical research, enhancement of populations, training and support of the next generation of turtle biologists in less developed countries, and ultimately the reestablishment of species that were extinct in the wild. These results will be exemplified by stories from some of our almost uniformly successful field programs.

Stability or Collapse of Bird and Mammal Communities over

Linking California’s highly variable climates, land-uses, and levels of change over the past century with historical resurveys – where biodiversity surveys from the past are resampled – provides important opportunities to understand the influence of 20th century environmental change on biodiversity. Professor Beissinger will report on a study to resurvey locations throughout California that CAL Professor Joseph Grinnell and colleagues in the Museum of Vertebrate Zoology originally surveyed for birds and mammals in the early 20th century. He will focus on changes to communities from recent research in California’s most transformed landscapes: (1) the Mojave Desert where climate change has made an extreme environment hotter and drier; and (2) Los Angeles and the Central Valley, where urbanization and agriculture have transformed land-use over the past century.

Reflections on the Election

Organized by Donald Mastronarde, Professor of the Graduate School, 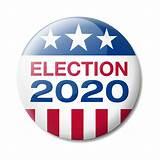 Reactions to the recent election from the perspective of moral, political and legal philosophy.

Vision Science is one of those areas where basic research and translational science (the application of the newest discoveries to clinical practice or other real-world applications) go hand in hand. This series highlights a number of fascinating topics pursued in Berkeley’s School of Optometry and Vision Science Program.

Today, an estimated 6 million adults in the United States have a visual impairment. The vast majority of these people are not completely blind: they have functional residual vision that they use in their daily life. Can emerging augmented reality technologies be used to provide visual assistance to people with vision loss? Professor Cooper will present work assessing several augmented reality paradigms aimed at assisting key visual functions, such as recognizing objects and navigating buildings.

The Movies and Their Audiences, Film LIR, Sept 2020

The Movies and Their Audiences, Learning in Retirement