Retirement Center staff are working remotely, but you can make an in-person appointment by emailing or calling ahead of time: 510-642-5461 or ucbrc@berkeley.edu. We check voicemails daily. To view our upcoming events, please review our Events Calendar.

Many of the same pioneering individuals who formed the Retiree and Emeriti Associations at Cal in the late 70's and early 80's were also instrumental in developing a support structure and creating resources so that UCBRC could serve all retired faculty, staff and surviving spouse beneficiaries. Now, we serve almost 16,000 constituents from three institutions in the UC family: UC Berkeley, the Lawrence Berkeley National Laboratory, and the UC Office of the President/UC Regents. 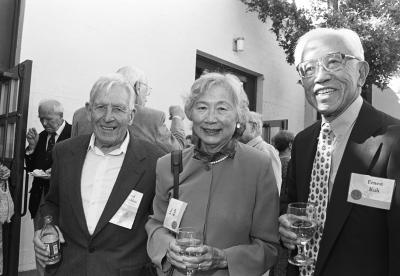 The idea of a Retirement Center was first proposed in 1996. Then Vice Chancellor Carol Christ and Chancellor Chang Lin Tien approved of the initiative, and during the first planning committee meetings, members of the Emeriti Association (est. 1980) and the Retirees’ Association (est. 1988) discussed what services and functions such a center would provide.

In 1997, Chancellor Tien allocated UCBRC a permanent budget, and a part-time Executive Director and full-time administrative support staff were hired. The UCB Retirement Center was officially announced to the retiree community via the CenterPiece newsletter in March of the following year. Inaugural services included free admission to the Berkeley Art Museum, discounts at the Cal Rec Club, and access to a Retiree ID and Library Card. Those first benefits are among our most popular to this day.

The Fall 1998 volume of the CenterPiece offered additional ID Card benefits, and, with the Chancellor’s financial support, piloted a program to allow retirees to keep or obtain an @berkeley.edu email address. UCBRC's campus funding was augmented with grants, and, focusing on sustainability, our annual giving campaign was launched in early 1999. During this same year, an agreement was reached with UCB Parking and Transportation to offer retirees limited access to parking on campus.

The first Pre-Retirement Planning program (PRP) was piloted in Fall 1999, and has since guided more than 1,000 active faculty and staff from Cal and Lawrence Berkeley National Labs (LBNL) to plan and implement a successful strategy for their next phase. PRP is offered twice per year, with each series attracting over 100 attendees. 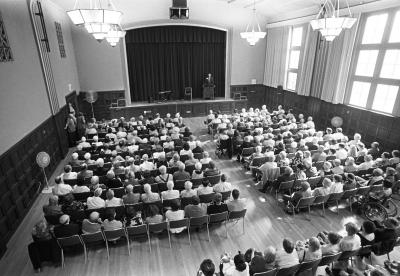 Our most popular program, Learning in Retirement (LIR), was piloted in the Fall of 2000 and offered three courses consisting of four or five two-hour afternoon sessions with lectures and ample opportunity for discussion.  The Pasts and Futures of the University of California, Biological Aspects of Aging, and How We Elect Presidents were highly successful. No fees were charged for the original LIR courses, and these programs remain free to this date. 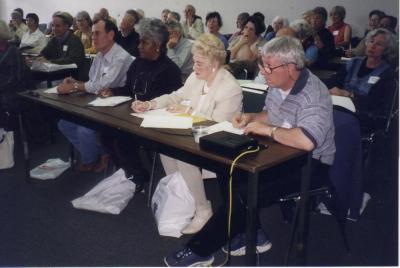 2000 also saw the establishment of our endowment fund, a retirement perspective survey, and Redesigning Retirement conference. Jan de Vries was named Vice Provost for Academic Affairs & Faculty Welfare. Access to long-term care insurance counseling through the Health Insurance Counseling and Advocacy Program was established this year, and additional staff was added to the payroll.

In the Summer of 2002, UCBRC signed a pilot contract with Lawrence Berkeley National Laboratory  (LBNL) to provide services to LBNL retirees. After the initial year, the contract  has been continuously renewed. The current contract allows all LBNL retirees to enjoy the programs and services offered by the UCBRC, offers assistance to the LBNL Ex-Ls retiree association, and also extends UCBRC services such as PRP to active LBNL staff.  UCBRC also established a contract with the University of California Office of the President to offer services and access to programs to UCOP retirees.

In recent years, UCBRC has maintained and expanded core programming.  More sophisticated survey instruments allow broader retiree input and targeted efforts to increase awareness of UCBRC programs. This has resulted in a healthy email list that now numbers 6,000 retirees. In May 2011, UCBRC hosted it's first program dedicated to Older Americans Month, and in 2012 and 2014 offered retirement conferences dedicated to that national program.