For information on how to visit us during office hours, click here. You can reach us by email at ucbrc@berkeley.edu or by calling 510-642-5461. We check voicemails daily. To view our upcoming events, please review our Events Calendar.

The University of California at Berkeley Emeriti Associations (UCBEA) is pleased to announce recent recipients of awards by emeriti:

The UCBEA Distinguished Emeritus of the Year, 2020 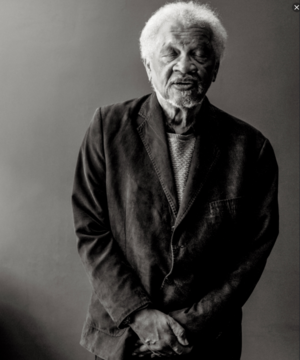 Congratulations to Professor Emeritus Ishmael Reed our UC Berkeley Emeritus of the Year Awardee for 2020. This award denotes exceptional accomplishment since retirement. Following Professor Reed’s retirement in 2005 from the Department of English, he has continued his prolific publication of poetry, prose (fiction, essays, biography and more) and plays. His iconic work has been translated into more than eleven other languages. He illuminates the corners and edges of society, giving voices to and for the marginalized and oppressed using “surrealism, satire and political and racial commentary” (as described by the Encyclopedia Brittanica). He continues to be a songwriter and an accomplished jazz pianist with his own performing quintet. One of his many awards and honors since retirement was serving as the first SF Jazz Poet Laureate from SF JAZZ (2012-2016), and his poem “When I Die I will Go to Jazz” is installed on SF JAZZ Center’s North Gate entrance. He has influenced many contemporary writers, musicians and thespians even since his retirement. His latest poetry collection, “Why the Black Hole Sings the Blues: Poems 2007-2019” has just been published. His fifteen years of retirement have been a veritable full additional series of careers, and he keeps us out-of-breath as we follow his spectacular trajectory.

A reception in his honor will scheduled later this summer to be held in the fall at the Women’s Faculty Club. Please join us in celebrating Professor Reed’s remarkable achievements!

Edward A. Dickson served as a Regent of the University of California from 1913 to 1946, the longest tenure of any Regent. In 1955, Mr. Dickson presented the University with a gift endowment which enables each campus to make an annual $10,000 award recognizing teaching, research, or public service by one or more emeritus professors, or a salary stipend for emeriti professors on recall. The highest priority is for support of activities that benefit the campus and for which funding is not available from other sources. A historical list of Berkeley chairholders is presented below.

Robert Alter, UC Berkeley, Emeritus Professor of Hebrew and Comparative Literature, retired in 2011. His scholarly contributions since retirement are nothing short of monumental. Emeritus Professor Alter’s primary field of research has been in modern European and Hebrew literature, and he is considered a preeminent translator as well as a literary and historical critic of Bible literature who revolutionized the fields of Biblical narrative and Biblical poetry. Most notable is his recent and highly acclaimed book publication, The Hebrew Bible: A Translation with Commentary (2018), a three-volume work and first single-author translation of the entire Hebrew Bible. His extraordinary achievement also incorporates his other books since retirement, Ancient Israel: The Former Prophets (2013) and Strong as Death is Love: The Song of Songs, Ruth, Esther, Jonah, Daniel (2015). During the time since his retirement, Emeritus Professor Alter has been the recipient of the Charles Homer Haskins Prize from the American Council of Learned Societies (2013), and has received honorary doctorates from the Hebrew University of Jerusalem, Haifa University, and Northwestern University. Since 2013, he has served as the Director of the Center for Jewish Studies at UC Berkeley. In addition, he is a highly-regarded colleague who remains active in each of his departments, continues to teach graduate courses each year and mentors Ph.D. students.