For information on how to visit us during office hours, click here. You can reach us by email at ucbrc@berkeley.edu or by calling 510-642-5461. We check voicemails daily. To view our upcoming events, please review our Events Calendar. 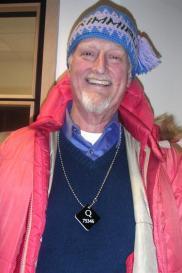 Professor Nelson Graburn joined the Department of Anthropology in 1964. He is widely noted and acclaimed for being a pioneer in the study of "tourist arts" and soon thereafter in developing and leading (still) the field of tourism studies. In brief, Graburn noted how various societies were increasingly interconnected and entangled in the processes of globalization, developing activities, practices and external relationships in the context of tourism; his first major study was of the Inuit and their developing specific art objects/crafts to meet the interests of tourists. Since this early work, Graburn has developed and cultivated the anthropological study of tourism in multiple international settings, most recently in and with Chinese and Japanese colleagues, as well as an ongoing collaboration with a French colleague. Since retirement he has been a visiting professor and researcher in multiple international institutions, organized dozens of conferences, co-edited or generated multiple publications and conference proceedings, trained many PhD students, continues to teach each and every semester since retiring, and leading the campus' Tourism Studies research group. His list of publications since retirement includes dozens of co-edited volumes, conference proceedings, articles, and working papers. He has been more than energetic in his efforts to bring international scholars to Berkeley and to bring together those from multiple backgrounds and institutions, thus making a major and on-going contribution to Berkeley's international reputation and influence. We are known as the "hub" for the study or tourism, a field of increasing relevance given the many countries and cultures for whom tourism is of central economic and cultural importance. In terms of teaching, research and service, Professor Graburn has been more than exemplary and prolific, with an international impact on not just scholarship and research development, but on various societies in the contemporary world. 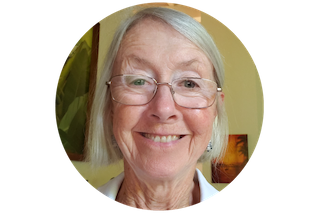 Professor Caroline Kane came to UC-Berkeley in 1981 as an NIH post-doctoral Fellow in the Department of Biochemistry and subsequently served as an Assistant, Associate and Adjunct Professor of Molecular and Cell Biology, retiring in 2008. Among her on-going contributions to the campus was her serving as Chair of the award-winning Coalition for Excellence and Diversity in Math, Science and Engineering from 1995-2009.This, along with her key service in the development and administering of the Biology Scholars Program (1992-2008) and its subsequent Faculty Advisory Committee, are but one extremely notable aspect of a long career in the support of advising/promoting/ researching the engagement of under-represented students, faculty and colleagues in the sciences. The list of her leadership activities in the intersection of diversity and education is impressive and her tireless support for mentoring undergraduates, especially those from underserved backgrounds, has been a highlight of her campus contribution. In addition, she has continued to be active with both professional and community organizations. She is an active member of four community organizations, several campus committees and has served on five university-wide committees. She is the current president of the Faculty Club Board and is a past president of the UC Berkeley Emeriti Association. Caroline continues to be a reviewer for multiple highly regarded peer-reviewed journals, and she has published four peer-reviewed journal articles plus multiple non-peer reviewed articles since her retirement. This record of activities since retirement exemplifies a deep connection between scholarship and practice, where the impact of service on the disciplines is made manifest.