Scroll down the page to see the upcoming Learning in Retirement (LIR) course offerings. When you find a class you would like to attend, click on the Events Calendar button, find the session on the calendar, and click on it to start the registration process.

We look forward to seeing you at an LIR soon!

The Movies and Their Audiences 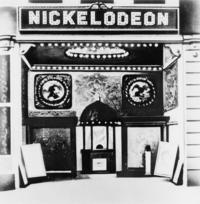 How Movies Coped When the Wrong People Went to See Them: The Nickelodeon and Nickel Madness Before the Great War
Russell Merritt, Adjunct Professor, UCB Department of Film and Media
Tuesday, September 8, 2 pm via Zoom
Recording available soon

Vision Science is one of those areas where basic research and translational science (the application of the newest discoveries to clinical practice or other real-world applications) go hand in hand. This series highlights a number of fascinating topics pursued in Berkeley’s School of Optometry and Vision Science Program.

Pictures (photographs, computer-graphic images, PowerPoint slides) are widely used in society to convey information. Professor Banks will discuss three perceptual phenomena associated with picture viewing. 1) Why viewing pictures from the wrong place (e.g., too far to the side) has little perceptual effect, and sometimes why viewing pictures from the right place leads to perceived distortions. 2) Why depth-of-field blur affects the perceived scale of a scene. Too much blur makes scenes look small. Too little makes them look large. 3) Why different lens focal lengths affect the perceived depth in a picture. Short lenses make depth look expanded. Long lenses make it look compressed. Professor Banks will argue that the three phenomena can only be understood from an analysis of the underlying geometry in image formation, from knowledge of viewing habits, and from knowledge of perceptual mechanisms that have clear value in the natural environment. These observations lead to suggestions on how best to construct pictures to facilitate the creator’s intent.

Today, an estimated 6 million adults in the United States have a visual impairment. The vast majority of these people are not completely blind: they have functional residual vision that they use in their daily life. Can emerging augmented reality technologies be used to provide visual assistance to people with vision loss? Professor Cooper will present work assessing several augmented reality paradigms aimed at assisting key visual functions, such as recognizing objects and navigating buildings.