The Retirement Center office will remain physically closed through the end of the year. Email messages to ucbrc@berkeley.edu and phone messages to 510-642-5461 will be monitored and responded to as quickly as possible. We will provide updated information on our reopening status when it is available. UCBRC programming will remain virtual through the end of the year. To view our upcoming events, please review our Events Calendar. We look forward to seeing you online!

As we shelter in place we are pleased to be able to continue the UC Retiree Learning Series virtually via Zoom through the generous support of Belmont Village Albany and Covia . When it is safe once again to meet in person, we look forward to providing the UCRLS as an off-campus learning program with the chance for retirees to explore Bay Area retirement communities. 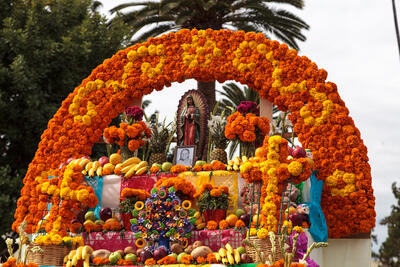 The Day of the Dead as Mexican National Symbol
Wednesday, October 6, 2021 11:00 am - 12:00 pm
Hosted by Belmont Village, Albany
CLICK HERE TO REGISTER

Learn about the major characteristics of this celebrated holiday and how it has developed from the time of the Spanish conquest of Mexico in the sixteenth century until the present day.

Stanley Brandes has studied Mexico's Day of the Dead from an historical and ethnographic perspective, including Latin America, Europe, and the U.S. He is also the author of work on Alcoholics Anonymous in Mexico City, an intensive study over nearly two years of a single group of recuperating alcoholic men, all from working class, migrant backgrounds. His work on photography and anthropology, particularly the ways in which ethnographic photographs, intentionally or not, have communicated information and impressions about the Other has been carried out primarily in Spain. 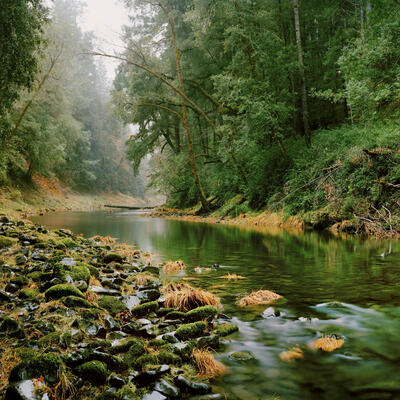 In the late 1940s, a young University of California researcher watched in dismay as the research plot where he had been studying desert iguanas was bulldozed to build a motel. The experience galvanized him and other UC scientists to establish a library of ecosystems dedicated to research, teaching, and public service. The University of California Natural Reserve System now includes examples of most major state habitats, from coastal tidepools to inland deserts, oak woodlands to lush wetlands, and alpine mountaintops to redwood forests. Tens of thousands of university students, researchers, and schoolchildren visit reserves every year. Discover how the UC Natural Reserve System is cultivating tomorrow’s field scientists, providing environmental forecasting, and serving the people of California.

Peggy Fiedler served as Executive Director of the UC Natural Reserve System from 2010-2021. She holds an MS and PhD from the University of California, Berkeley, where she studied mariposa lilies and theoretical aspects of biological rarity. She was a professor of conservation biology at San Francisco State University, and a consultant in wetlands ecosystem restoration. Peggy is a Fellow of the California Academy of Sciences, Fellow of the Linnean Society of London, and a Fulbright Senior Scholar.

The Greatest Story Never Told (in the West)

Harnessing the Power of Mindfulness to Alleviate Depression, January 27, 2021

Harnessing the Power of Mindfulness to Alleviate Depression [WEBINAR]

A Star is Born (Planets too)! UC Retiree Learning Series